Pre-Budget Review – Can Expenditure Be Cut? 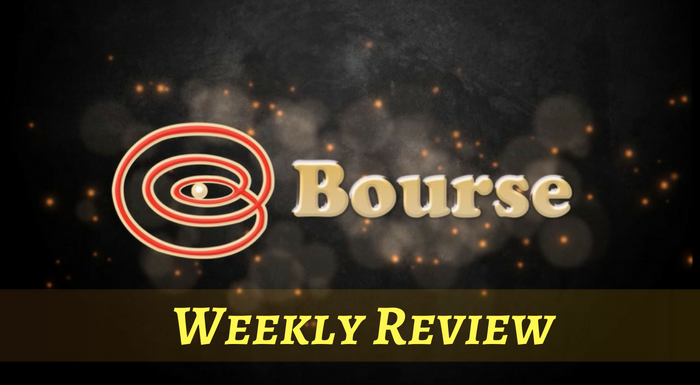 As the Honourable Minister of Finance prepares to deliver his FY2021/2022 budget speech today, this week we at Bourse examine the historically ‘sticky’ expenditure side of the budget equation. Substantial dips in revenue over the past several fiscal years have not been met with commensurate cuts in expenditure, creating multiple years of Expenditure exceeding Revenue (fiscal deficits). With the path to Revenue improvement likely being slow, can any adjustments to Expenditure be made to help balance the country’s fiscal position? We discuss below. 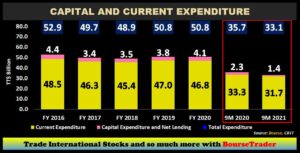 Government Expenditure has averaged around $50.0B from FY2016 to FY2020. The FY2021 budget was based on a 2.4% decrease in Total Expenditure to $49.6B. With an additional $2.9B approved via the Supplementation and Variation of Appropriation (Financial Year 2021) Act, Total Expenditure for the soon-to-be-concluded FY2021 could be higher than initially estimated.

For the past 5 years (excluding any FY2021 values), current expenditure has averaged $46.8B or a little over 92% of Total Expenditure. Current expenditure for the first 9M of FY2021 was reported to be $31.7B, 4.8% lower than the prior comparable period in FY2020. Capital Expenditure for 9M FY2021 fell to $1.4B compared to 9M FY2020’s $2.3B. With Revenue constrained, Capital Expenditure would hold lower priority relative to paying ‘day-to-day’ expenses. In February 2021, the Honourable Minister of Finance noted that mandatory payments for T&T (including salaries and wages and financial support to regulated industries) amounted to $3.5B on a monthly basis, or approximately $42B annually. 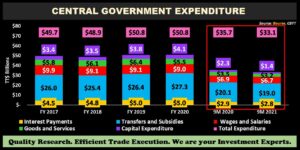 Total Expenditure slipped 7.7% from $35.7B in 9M 2020 to $33.1B in 9M 2021. In addition, supplementary funding was given to the 14 municipal corporations in the sum of $94M for payment of wages and salaries to maintain staff, as well as sums owed for the provision of goods and services.

Breakdown of Transfers and Subsidies 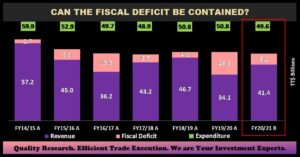 Trinidad and Tobago’s budget has been operating in a fiscal deficit for over a decade.  Over the last five fiscal years, the cumulative Fiscal Deficit sums to $48B. Put differently, T&T would have had to fund an average $9.6B deficit annually through some combination of asset sales (divestments, initial public offerings, privatizations etc.), borrowing and drawdowns on savings (the Heritage and Stabilization Fund or HSF). 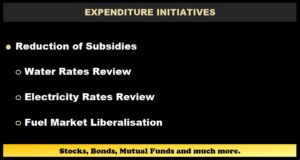 In tandem with several likely Revenue initiatives including the T&T Revenue Authority (TTRA) bill recently passed and the Property Tax close to implementation, the efforts to curb Expenditure levels would likely be equally important to balancing the budget equation. Transfers and Subsidies remain the largest component, with increased allocations through the Income Support programme and Salary Grants required in the current environment.

In a June 2021 press conference, the Honourable Minister of Finance reiterated the need to address subsidies including fuel, electricity and water to better manage the country’s financial position. This was initially highlighted during the FY2020/2021 budget speech, where reviews to tariffs for electricity and water rates were expected to take place. To date, no changes to rates have yet occurred.

The FY2020/2021 budget also spoke to the liberalization of fuel markets and the shift to floating fuel prices in T&T. Initially carded for January 2021, fuel prices have remained fixed. With the price of Crude Oil currently soaring above US$70/barrel, it is likely that the fuel subsidy bill for the now-concluded fiscal period would be higher than initially estimated. Wages and Salaries, meanwhile, are likely to remain sticky in the near-term, whereas, interest payments are likely to increase, with government borrowing expanding to fund the fiscal deficit. 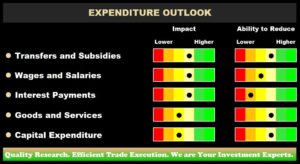 The areas which might have greater room for adjustment to spending would lie within expenditure on Goods and Services, as well as Capital Expenditure. These segments, however, collectively comprise less than 20% of Total Expenditure. With the reallocation of expenditure from infrastructure & capital projects towards grants and social spending support, consideration of the economy’s ability to absorb extended periods of capital expenditure cuts would be needed. With the likelihood of another fiscal deficit for FY2021/2022, additional debt issuance, drawdowns on the HSF and asset sales may have to be pursued. Against this backdrop, wider-ranging concerns related to T&T’s debt-to-GDP ratio, level of the HSF, International Reserves and international credit ratings will come into focus.

We at Bourse take this opportunity to wish the Honourable Minister of Finance a successful delivery of the FY2021/2022 fiscal budget.